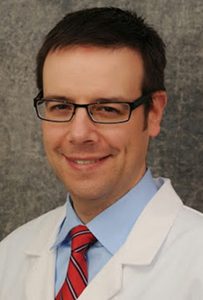 The ACG Board of Governors is one of the most unique aspects of the American College of Gastroenterology’s governance.  The Board of Governors acts as a two-way conduit between College leadership and the membership at-large. This helps ACG make certain it is meeting the evolving needs of the membership. The ACG Governors also act as a grassroots force on important issues facing gastroenterologists at both the national and state levels. Contact your ACG Governor with important local issues.

What were some state health care issues on the ballot in 2016?

California voters passed a constitutional amendment and state statute that would prohibit lawmakers from raiding a health care fund.  Since 2009, the Golden State has had a hospital provider fee to help it collect more federal matching dollars for Medi-Cal, the state’s version of Medicaid.  The program has helped the state attract an additional $3 billion in federal funds, but the legislature has sometimes tapped into those funds for general expenses. The ballot initiative, Proposition 52, required voter approval before any of that money could be repurposed.

California voted down a proposal (Proposition 61) requiring state agencies to pay no more than what the Department of Veteran Affairs pays for drugs. Managed care programs under Medi-Cal would be exempt from the requirement.

Colorado did not pass a constitutional amendment (Amendment 69) that would fund ColoradoCare, a universal health care system for the state. If voters had agreed, the system would have been paid for through a 10% income tax increase.  Under the program, residents would have had no deductibles and no copays for preventive and primary care services and could have had other copayments waived if they had caused financial problems.

Colorado approved a controversial campaign to let terminally ill patients access life-ending medication.  This campaign is now moving on to other battlegrounds across the country.  Coloradans approved Proposition 106, a ballot initiative allowing physicians to prescribe lethal drugs to mentally fit, terminally ill adults who want to end their lives. Colorado is the sixth state to allow the practice, following Oregon, Washington, Montana, Vermont and California. Washington, D.C. may take up similar legislation.

Montana voters rejected a proposal (Initiative 181) that allows the state to sell $200 million worth of bonds to fund research on brain diseases.

Nevada residents passed an initiative (Question 4) that exempts, from sales and use tax, durable medical equipment, oxygen delivery equipment, and mobility enhancing equipment prescribed for human use by a licensed health care provider.

California, Maine, Massachusetts and Nevada voters passed initiatives to legalize recreational marijuana use for individuals 21 years old and up.  A similar ballot initiative in Arizona was rejected.

Colorado, Missouri and North Dakota rejected to increase tobacco taxes designed for more revenue and lower costs for health care (such as Medicaid).  A similar initiative, however, was passed in California.

Chair, ACG Board of Governors